You’re embarking on an expedition and you need equipment that is equal to the challenge.

…What do you take on the journey to tackle a river?

So on your river trip aren’t you glad only to be worried about bringing a little waterproof camera?

Olympus Tough TG-3 This is the best all around camera that you can get at a reasonable price. It hovers around $350 on Amazon, and you can throw it down a cliff and it probably won’t break.

What does that have to do with a Chattooga river adventure? Don’t forget why you’re going. It’s the rocks. Rocks make whitewater possible. If your camera falls out of the craft it may careen into a boulder. Or, while you’re ambling over a rocky riverbank scouting a rapid you might drop your camera. Better safe than obliterated. Panasonic Lumix DMC-TS5 This camera is rated slightly lower than the Olympus Tough. It is still crash resistant and can dive about 43 feet, which isn’t usually necessary on the Chattooga. When you’re white water rafting, you may be too preoccupied to get the shots you’d like. But if you’re really serious about catching photos you’ll be rewarded by making all of your friends jealous and snapping memories of a unique trip. Getting the right strap can help you keep from losing your camera – if you can keep from losing your paddle at the same time.

The only thing better than great river pictures is a flowing video. You’re not base jumping – but if you take this camera you’ll be thrilled to know you’re using the same camera that brings ridonculous wingsuit glides to YouTube. The GoPro Hero4 Black When you take this Black Label you’re buying the pricier GoPro, which gives you 4k footage at 3840 x 2160 pixels meaning it can shoot video higher than High Definition… …Yes, you’re shooting Ultra High Definition, when the images are set to 30 frames per second. You can also get a higher frame rate that increases to 120 fps when the pixels are reduced to 1920×1080. Sony HDRAS100V/W Video Camera Here the image quality is less than GoPro, but Sony’s sound quality is better. You can also buy the Sony MPKAS3, which is a regular video camera priced at around $200. Add its custom underwater housing for another $50 and pay less than for the other cameras on this list. But remember that Lewis and Clark only took the best – like an advanced long barrelled rifle that fired bullets with compressed air…

READ  What to Expect When Rafting on the Chattooga River

I have been rafting & guiding groups on the Chattooga river for nearly two decades. As the owner of Southeastern Expeditions, as well as Raft1 on the Ocoee River, and now Big Frog Rafting, there's nothing I love more than bringing a large group down the river in style. 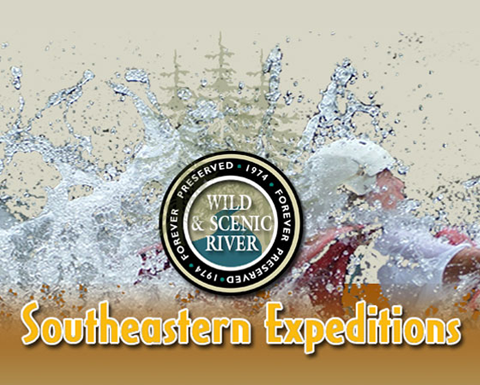 Southeastern Expeditions:
We are located at
7350 Hwy 76 E, Clayton, GA 30525
DIRECTIONS TO OUTPOST